Although the BMW was an excellent bike, procuring parts was a nightmare. At that stage there was only one BMW bike dealer in NZ, located in Auckland. That's about 600kms from here and they would not run an account, so everything had to be paid for in advance. Remember this was in the days before internet banking. Sometimes a small item would cost nearly as much in freight as the item itself. If you planned on doing an oil change at the weekend, invariably the filter wouldn't arrive till Monday ! I decided I would buy a new bike from a dealer in my area. I was now convinced that shaft drive was the way to go for touring, so without resorting to a large capacity machines like a Goldwing or XS1100 Yamaha, the choices were Kawasaki GT750, Yamaha XS750 or Suzuki GS850. I tried them all. They were all nice machine, but somehow the GS850 stood out over the others. So in August 1979 I bought the first GS850 in this region. It proved to be a good choice. The Suzuki was a 100%  reliable two-up tourer. That big seat was superbly comfortable on long trips and my new girlfriend, who didn't even mind getting wet on the back of a bike, found it so comfortable she would often lean against me and go to sleep, especially travelling at night when there was no scenery to view.....we've now been married for 26 years.

Eventually I could afford a new bike again and chose a Kawasaki Z650.  A very good bike and one I found more manageable and more comfortable than the Kawasaki 900, although it did suffer from a slight head gasket oil leak which the dealer attempted to fix twice. It still leaked after this, but the dealer was awaiting more information from Kawasaki. Meanwhile my right trouser leg kept wearing a thin coat of oil. Unfortunately pillions didn't agree with my opinion of comfort and several complained about the hard ridge under the seat where the tailpiece tucked in.
﻿﻿ 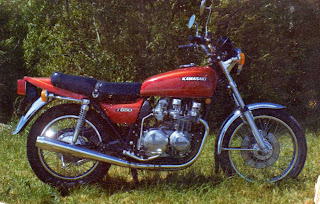 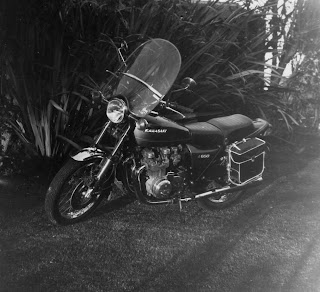 This series of black and white photos was taken by my cousin Graham Morrell. 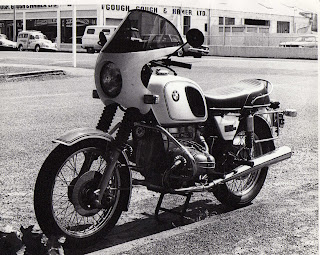 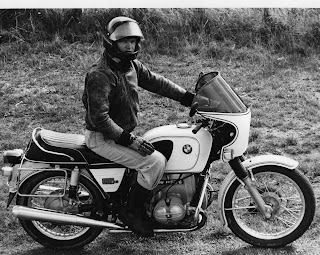 This R60/6 came with a New Zealand made replica of the R90S fairing with a blade section made from a flat piece of tinted perspex curved around to fit. This kept the wind off my chest, but caused a lot of buffeting around my helmet, so I got an R90S replica double curvature blade from Australia... 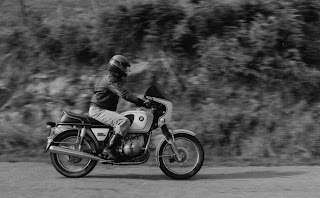 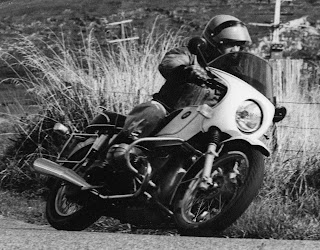 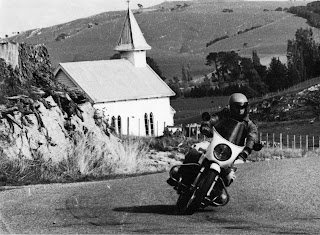 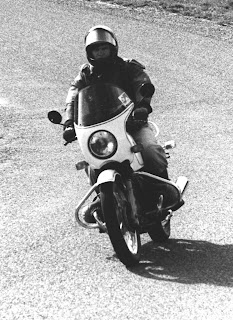 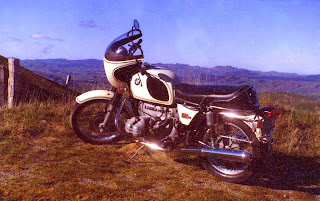 Posted by Trev Jones at 6:57 PM No comments: 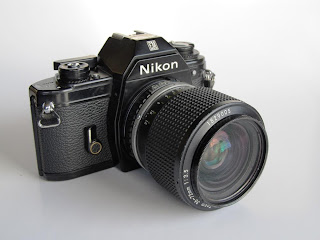 In the 1970s I bought a great little view-finder Minolta from a friend. This was a brilliant camera for holiday pictures, but a bit limited if you wanted to take pictures of trucks on the move. Finally I had saved enough to buy my first SLR. With the assistance of a friend in the photography business I purchased a Nikon EM. I chose, on my friends advice, to get it without the standard lens and instead chose a 36-72 zoom.At last I could take some good photos.

To continue the story of bikes I have owned: 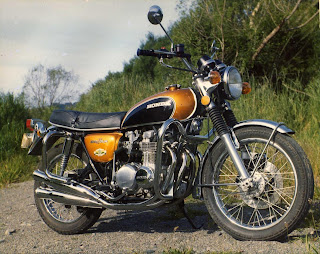 The obvious step up from a 350 Four was a 500 Four. A nicely balanced machine and more power than the 350, but some how I still had a soft spot for the smaller high revving four. One minor thing I didn't like with the 500 was the flat mounted speedo and tacho whereas the 350 had the gauges angled toward the rider. 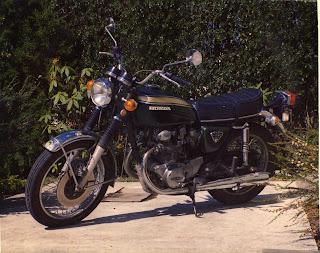 Posted by Trev Jones at 4:08 PM No comments:

I wanted to photograph trucks even before I owned a camera and often think of the photos I could have taken. We used to (as a family) travel to Rotorua to visit relations. I remember well the different models of long nose Internationals. I remember in Malfroy road two trucks reversed into a shed, alongside each other, with their fronts facing the road. Can't even remember what one of them was, but the other I thought wore a Leyland badge. It had very low windows in the front corners, and I now wonder if it was actually a Bristol. If anyone remembers or has a photo I would be delighted to put it on this site. Another one I remember was a white or cream coloured Mack articulated tipper which used to park near the intersection of Lake Rd and Fairy Springs/Old Taupo Rd. I think this was probably the first Mack I had ever seen. I remember it had the word "Thermodyne" signwritten on the bonnet side. I'm guessing it was probably a B series. Again if anyone has a photo.... This would have been early to mid 60s. Also in Te Puke I remember a Guy (Invincible I think) pulling logs through the main street one day. I know Matthew Wright's "Trucks Across New Zealand" book shows a Guy belonging to Hugh Fraser. I seem to remember it was blue. Was this the same truck.
Posted by Trev Jones at 9:09 PM 1 comment:

On the 25th February this year Masterton's main street was closed to host entrants in Americarna. Americarna is an event to celebrate American cars and was held in the Hutt Valley, about an hours drive from Masterton. A drive over the Rimutaka hill to Masterton was part of the event. I was there with my camera.

Posted by Trev Jones at 2:10 PM No comments: